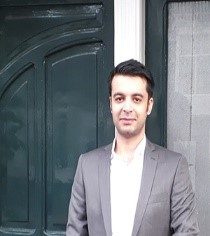 The central concept of Sustainable Development had been embodied in the 1972 United Nations Stockholm Conference on the Environment in which “a dialogue between industrialized and developing countries on the link between economic growth, the pollution of the air, water, and oceans and the well-being of people around the world” was expected to happen.  The term “Sustainable Development", however, appeared for the very first time in the 1987 Bruntland Commission Report; an initiative of the United Nations (UN). In paragraph 27 of that famous Report, the Commission defined Sustainable Development as “the ability to make development sustainable to ensure that it meets the needs of the present without compromising the ability of future generations to meet their own needs.”

The Agenda, consisting of 17 Goals with 169 associated targets, has defined a framework for the realization of the Sustainable Development Goals (SDGs) by 2030. As reflected in the preamble, however, the “Agenda is a plan of action” not a binding instrument for the UN Member States. Although myriads of States have taken the responsibility of carrying out their commitments under the Agenda in the Intergovernmental High-Level Political Forum for Sustainable Development, as reflected in the outcome of the 2012 United Nations Conference on Sustainable Development (Rio 20), the implementation of the Agenda has faced legal trials and tribulations owing to different national policies and strategies (for instance read this article).

Speaking of “global partnerships and cooperation”, it is worth mentioning that a series of mechanisms have been prognosticated within the Agenda in order to encourage States to act in compliance with the SDGs, in particular, in paragraphs 39-46 of the Agenda under the title of the “Means of Implementation”. These mechanisms can be categorized into international and national strategies, programmes, and plan of actions, which will be explained below accordingly.

A. International Strategies, Programmes, and Plan of Actions

Paragraph 39 of the Agenda expressly acknowledges the importance of the international strategies and programmes by recalling that “[t]he scale and ambition of the new Agenda requires a revitalized Global Partnership to ensure its implementation.” This “Global Partnership” should bring “together Governments, the private sector, civil society, the United Nations system and other actors and mobilizing all available resources.”

Paragraph 41 of the Agenda underpins the cooperation between developed and developing countries which “will include the mobilization of financial resources as well as capacity-building and the transfer of environmentally sound technologies to developing countries on favourable terms, including on concessional and preferential terms, as mutually agreed.”

There are other strategies and programmes of action which could be mentioned as well, more importantly the “Paris Agreement” which is another brainchild of the UN aiming “to address climate change and its negative impacts [… by …] reduc[ing] global greenhouse gas emissions in an effort to limit the global temperature increase in this century to 2 degrees Celsius above preindustrial levels, while pursuing the means to limit the increase to 1.5 degrees.” (here)

Another legal framework for the actualization of Sustainable Development in international level is through foreign investment. Recent Bilateral Investments Treaties (BITs), for instance, are an emerging sphere for the implementation of SDGs. The “Investment Cooperation and Facilitation Treaty Between the Federative Republic of Brazil and The Republic of India”, signed in 08/01/2020 (not in force) is a concrete example of dragging SDGs into the BITs as a binding obligation. Article 12.1 provides that “[i]nvestors and their investments shall strive to achieve the highest possible level of contribution to the sustainable development of the Host State and the local community, through the adoption of a high degree of socially responsible practices, based on the voluntary principles and standards set out in this Article and internal policies, such as statements of principle that have been endorsed or are supported by the Parties.”

Above all, “United Nations Secretary-General’s Roadmap for Financing the 2030 Agenda for Sustainable Development” is playing a pivotal role in the implementation of SDGs from international to national level. Secretary-General’s “Strategy is designed to transform the financial system from global to local levels in support of the 2030 Agenda by addressing the barriers that constrain channeling finance towards sustainable development, and leveraging opportunities to increase investments in the SDGs at scale.”

B. National Strategies, Programmes, and Plan of Actions

In order “to integrate economic, social and environmental objectives into one strategically focused blueprint for action at the national level”, the concept of National Sustainable Development Strategies (NSDS) was proposed in 1992. However, the NSDS has been incorporated in the “Global Partnership” within the 2030 Agenda for Sustainable Development.

In this spirit, paragraph 41 of the Agenda emphasizes on the role of the diverse private sectors, civil society organizations and philanthropic organizations as well as the vital role of the public finance, both domestic and international. Paragraph 45 of the Agenda, also, underlines the role of national authorities such as national parliaments, governments, and public institutions. In the view of the paragraph 45, enactment of legislation and adoption of budgets as well as ensuring accountability for the effective implementation of the commitments of States, inter alia, are the crucial role of national parliaments to deal with as to SDGs. Furthermore, governments and public institutions should establish an intimate working network “with regional and local authorities, sub-regional institutions, international institutions, academia, philanthropic organisations, volunteer groups and others” in order to implement the Agenda.

In line with the reasoning behind the paragraph 45 of the Agenda, the role of the national courts in underpinning and setting a precedent for the implementation of SDGs through their decisions and orders is cardinal. As an important example, in a legal attempt led by the Friends of the Earth Netherlands (Milieudefensie), which is a Dutch environmental organization, The Hague District Court ruled against Royal Dutch Shell that “the company must reduce its greenhouse gas emissions 45% by 2030, based on 2019 levels.” The foundational argument of The Hague District Court in finding Royal Dutch Shell responsible for the violation of its reduction obligation, according to paragraph 4.4.1 of the judgement, is rooted in “the unwritten standard of care laid down in Book 6 Section 162 Dutch Civil Code, which means that acting in conflict with what is generally accepted according to unwritten law is unlawful” based on which Royal Dutch Shell “must observe the due care exercised in society.” Importantly, the court considered the “Paris Agreement”, which is aimed to achieve Goal 13 of the Agenda (taking urgent action to combat climate change and its impacts), to interpret this obligation (for a comprehensive review of this case see here (in Farsi), and here).

The other important decision in which the Sustainable Development lies at the heart of its reasoning is the recent decision of the German Federal Constitutional Court about the justiciability of Sustainable Development (here). These steps, while few, demonstrate that national judicial measures could also play an important role in smoothing the way for betterment of “Global Partnership” in the realization of SDGs. In other words, national strategies, programmes, and plan of actions are not separate from those of international one but are complementary.

In light of the foregoing, several conclusions regarding the legal framework for implementation of SDGs can be drawn:

1. The 2030 Agenda for Sustainable Development itself is a non-binding accord and plan of action. Nonetheless, 17 goals of the Agenda have provided 17 separate decision-making frameworks which facilitate the implementation of SDGs for involving parties including States, private sectors, civil society organizations and other relevant entities by determining the “Means of Implementation”.

3. Six years after the adoption of SDGs by the UN General Assembly, it seems that legal obligations of the UN Member States concerning the implementation of SDGs have been extending based on existing and emerging international, regional, and national instruments such as investment treaties. In line with this argument, the United Nations Conference on Trade and Development (UNCTAD), in its 2020 key messages titled “Investment Trends and Prospects”, calls for a shift in investment promotion strategies for contributing to achieving the SDGs. Not only UNCTAD did consider the issue but UN General Assembly in its 2019 Resolution A/RES/74/199 under the title of “Promoting investments for sustainable development” also reaffirmed the importance of foreign investments in the implementation and realization of SDGs.

4. Notwithstanding the increasing legal mechanisms for implementation of SDGs, there are still certain obstacles before the realization of SDGs, among other things, lack/different definition(s) of Sustainable Development in national legal systems of States (here) and failures of governments to take efficient measures against climate change (here) are more important. However, according to the recent legal movements and emerging precedent, notably in national courts and foreign investment frameworks that some of them have been mentioned, a bright future of the implementation of SDGs arising from legal obligations of States in “decade of action” (2020 – 2030) and beyond, is imaginable.