Order of Determination of Facts and Conducts by Special Jurisdiction for Peace in Colombia: Part II-Dr. Ali Akbar Siapoush 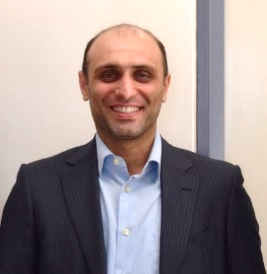 The Special Jurisdiction for Peace (JEP) in its first ruling since its creation four years ago,  in the Case 01 (which prioritizes the taking of hostages and other severe deprivations of liberty mainly between 1993 and 2012), JEP indicted eight FARC leaders for war crimes and crimes against humanity. All the accused persons are connected to the group's practice of taking hostages and ransoming them to finance its war against the state.

The order states that The Chamber for the Acknowledgment of Truth, Responsibility and Determination of Facts and Conduct of JEP (hereinafter, the Chamber), in the exercise of its constitutional, legal, and regulatory powers, proceeds to determine the facts and conduct of Case No. 01, which are attributable to the participants who are signatories of the Final Peace Agreement and were members of the Secretariat of the former FARC-EP guerrilla group. The Chamber will make the determined facts and conducts available to these parties, in order for them to decide whether or not to acknowledge their responsibility under the terms of Article 79 paragraph h) of Law 1957 of 2019, Statutory Law on the Administration of Justice in the Special Jurisdiction for Peace (LEAJEP) and Article 27b of Law 1922 of 2018 (Procedural Law of the JEP).

The present note, in its first part, briefly discussed the background and findings of the Order. The Chamber established the responsibility of the former members of the Secretariat of the FARC-EP for the kidnapping orders and their failure to prevent the mistreatment suffered by the victims. The Chamber has determined that the severity of the treatment that the victims experienced occurred, in some cases, regardless of their status as civilians or members of the security forces. This means that some military and police deprived of their liberty suffered equal severity to civilians, and these conditions were war crimes. Besides, regarding the treatment with the abducted persons, the Chamber determined that, although there was an order for "good treatment," this was focused, in practice, on keeping the abducted person alive, and considerations of human dignity were left in the hands of the commander or guard on duty. The Chamber resorted to the detailed accounts of the victims and survivors of the events, where they account for the humiliations and ill-treatment, to conclude that crimes related to ill-treatment such as torture, cruel treatment, and even cases of sexual violence were also committed. In the second part, this note elaborates on how the Chamber reached these conclusions.

How the Chamber reached these conclusions

The Order in Case 01 was issued in compliance with the legal provision according to which the Chamber of the JEP must cross-check the reports received from the social and victims' organizations, as well as those of State entities, the versions of the participants, and the observations of the victims, and make the result of the judicial comparison available to those involved so that they may acknowledge or defend themselves against the accusations made. The Order is the product of rigorous cross-checks of sources carried out in three stages. First, the reports submitted by the Attorney General's Office and civil society organizations were compared. In the second stage, these reports were transferred to the witnesses to give their version of the facts. And in the third stage, these versions were given to the accredited victims to make their observations. All the victims of the facts of case 01 can consult the file and intervene in the case. To do so, they must first be accredited. The accreditation consists of the manifestation of wanting to intervene in the case, and the summary evidence of having been a victim of these events, for example, a court ruling, a copy of a complaint or registration in the RUV, among other forms of evidence

In this process, 17 reports, 38 individual versions, and eight collective versions were received and contrasted, in which 257 participants participated. A total of 1,028 victims, out of the 2,456 accredited victims, made observations. The Chamber also included in the comparison the information provided by the Attorney General's Office in 56 volumes of analysis and documents seized from the former guerrillas in various military operations. It also complemented it with the analysis by academic and expert opinion. As a result of this process, the Order establishes both the superiors' responsibility and their nature as armed actors. It also describes the kidnapping policies and the patterns of implementing these policies in the different sections of the FARC-EP.

The main contribution of the decision is to group large numbers of individual acts into massive patterns of conduct, which makes it possible to identify the policies and ways of operating of the armed organization, as well as the responsibilities of those who gave the orders but did not carry out the acts. Besides, the legal framework of the JEP allows, for the first time in the country, to charge crimes against humanity and war crimes to those most responsible and to name them as such, thus accounting for the seriousness of the facts. Moreover, a comparison of the reports from the State and civil society, the witnesses, and the victims present allows JEP to identify coherently and rigorously what these patterns and policies were and how they were implemented.

The ICTY Appeals Chamber in Blaskic stated that “the essential element in the crime of hostage-taking is the use of a threat concerning detainees so as to obtain a concession or gain an advantage […].” [ICTY, Blaškić case, Judgement on Appeal, § 639] The threat can be either explicit or implicit. In the Sesay case before the SCSL in 2009, Trial Chamber holds that the specific elements for the offence of hostage-taking are as follows: (i) The Accused seized, detained, or otherwise held hostage one or more persons; (ii) The Accused threatened to kill, injure or continue to detain such person(s); and (iii) The Accused intended to compel a State, an international organisation, a natural or legal person or a group of persons to act or refrain from acting as an explicit or implicit condition for the safety or the release of such person(s). (§ 237-243) The taking of hostages is a crime with a specific intent mens rea and that “such a threat must be intended as a coercive measure to achieve the fulfillment of a condition.” [ICTY, Kordić and Čerkez case, Judgement, § 313]

In this analysis, the Chamber describes the facts of Case 01 and divides them into three groups based on the intention of the armed organization. First, the Chamber points out that what the country had hitherto understood as kidnappings was an integral part of the FARC-EP's financial policy, expressly adopted in 1993, and whose ultimate purpose was to finance not only the fronts but also the eventual takeover of Bogotá. All the blocs and fronts were to finance themselves, among other ways, through kidnapping and were to contribute to the central organization. That means they were part of the Secretariat's orders, intending to achieve the capital's takeover.

Second, the Chamber indicates that the FARC-EP also committed kidnappings to force an exchange of imprisoned guerrillas. There are civilian and police, and military victims; they were kidnappings of long duration. Their direct victims and relatives provided remarkably detailed and moving accounts of their suffering. Third, the Chamber details another group of kidnappings whose purpose was to contribute to the control exercised by an armed group over territory and punishing those who disobeyed the armed organization and controlling the presence and circulation of people in these areas through severe deprivations of liberty. In many of these cases, the victims were disappeared, and their relatives are still searching for their bodies.

Sufferings of the victims

The Chamber emphasized on the damage suffered by victims (§§ 651-666). For the Chamber, the considerations on treatment cannot be separated from suffering as a fact inherent to kidnapping. This suffering is not only the result of mistreatment but also the result of the abduction per se, and the victims point this out as a fact the FARC-EP participants must recognize that. The victims suffered from the separation from their families, from their loved ones, from their personal life projects and routines, and from knowing that they were defined as an object to be exchanged. Constant intimidation and fear also resulted in the rupture of emotional ties and loss of trust in the family, community, business, and social environments.

The credited victims' accounts of their life after the kidnapping illustrate the damage caused to mental health by the physical, emotional, and moral suffering they were subjected to. Victims reported symptoms associated with mental health problems, such as anxiety, fear, and persistent sadness even years after the events. For many victims, fear is a constant suffering, even years and decades after regaining physical freedom. Victims also suffer even after being released because of the stigmatization that unfairly accompanies it, often because of unfounded rumors that the victim "deserved" what happened.

Some victims were in particular conditions of vulnerability that intensified their suffering. Female captives were in a different situation of vulnerability and lack of protection in a male and military context, accentuating the fear for their life and integrity—the absence of privacy to clean themselves and to defecate and urinate created suffering for women.

The Chamber was able to determine that the deprivation of liberty in some areas deteriorated the quality of life not only for the victims but also for the peasant communities. The impact on cattle ranchers and farmers impoverished the regions, significantly affecting ranchers and farmers who lived on farms located far away from the authorities' protection. The Chamber has reason to conclude that this impact on the communities was also moral. Of particular concern is how fear and distrust eroded historical forms of community care supported by diverse traditions, such as religious festivities and other collaboration spaces and solidarity.

These findings are in line with scientific literature indicating that being taken hostage can have enduring effects, particularly on children. Individuals vary in how they cope with such an experience, both during and subsequent to it. (read more here)