The Possibility of Recognizing Foreign Settlement Agreements as per The Singapore Convention: What does Article 3(2) entail for Iranian courts and legislator?-Dr. Nima Nasrollahi and Meysam Salehi 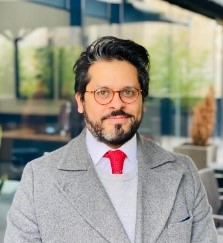 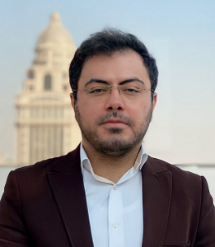 The United Nations Convention on International Settlement Agreements Resulting from Mediation (also known and referred to hereafter as “the Singapore Convention”) provides an efficient and uniform framework for the enforcement of international settlement agreements resulting from mediation (“IMSA”) across the national borders. To this end, the Singapore Convention gives, among other things, a unique and unprecedented legal status to IMSAs, compared to any other private contract. Put differently, according to the Singapore Convention, a settlement agreement is neither an ordinary contract nor a consent award, and therefore it is neither subject to domestic contract laws nor the New York Convention on Recognition and Enforcement of Foreign Arbitral Awards, 1958.

Iran has signed the Singapore Convention and once it is ratified in the Parliament, it will become binding for Iranian courts. It goes without saying that once this Convention is ratified, Iran will need to adapt its domestic civil procedures laws or legislate new laws to ensure smooth integration of the Convention into its legal system.

The note aims at reviewing the implications of Article 3(2) of the Convention for the domestic laws and courts of the Contracting Parties. Given the fact that IMSAs are characteristically private contracts concluded by the disputing parties thereto with the mediatory intervention of a third person, one may reasonably ask the question of whether this type of private agreements have a preclusive effect for adjudicatory forums corresponding to the res judicata effect that is commonly attributed to arbitral awards and court decisions. The Singapore Convention in its Article 3(2) requires the States merely to ‘allow the party to invoke the settlement agreement in accordance with its rules of procedure and under the conditions laid down in this Convention, in order to prove that the matter has already been resolved, without any explicit reference to the term ‘recognition’. This wording gives rise to doubts as to whether Article 3(2) envisages in effect the established notion of ‘recognition’ similar to its mentioned counterparts or not. Putting the question differently, does the absence of an express reference to ‘recognition’ mean that IMSAs shall be treated differently from other enforceable frameworks such as foreign arbitral awards or foreign court decisions? And then, how should a domestic court treat the case where it has been faced with such an invocation by one of the parties? Would the court discard the case at a preliminary stage like the potential res judicata effect or would it consider such invocation as a substantive defense to be dealt with in the merits of the case?

Does Article 3(2) of the Singapore Convention entail the common notion of recognition?

The Singapore Convention does not explicitly mention the term ‘recognition’ neither in its title nor in its content, though it refers to ‘enforcement’ in Article 3(1). Reviewing the travaux préparatoires of the Convention reveals that the absence of ‘recognition’ is by no means coincidental and reflects lengthy discussions and bargaining between delegates of Contracting States. Article 3(2) is an exemplary instance of a compromise made by the Working Group II for the agenda as the Convention comes to fruition. As to the controversies, for instance, the European Union along with some of its member states, in opposition to many other delegations, insistently posited during the negotiations that inclusion of ‘recognition’ in the Convention would be inaccurate in that the concept of ‘recognition’ is appropriate for acts of a state, such as judgments (See, positions of the European Union in UNCITRAL Working Group II (Arbitration and Conciliation), 63rd Session, September 9th. See here). Accordingly, the IMSAs, in their view, should not be given the preclusive effect like that of res judicata which is commonly attributed to the notion of recognition in private international law.  In response, however, many states’ delegations were either in favor of inclusion of ‘recognition’ due to its essentiality for the process of enforcement, or neutral noting that embodiment of the Convention of the concept of ‘recognition’ would not necessarily produce any significant practical differences (see, for instance, the intervention of the Islamic Republic of Iran, in UNCITRAL Working Group II (Arbitration and Conciliation), 63rd Session, September 9th. See here). It was in this context that the Working Group struck a balance through avoiding any reference to the term “recognition” while envisaging some of its practical effects. Nonetheless, this reticence of Article 3(2) has sparked few interpretations to be made as to the content of the Article as well as the role IMSAs may play in a litigation in the case envisaged.

One of the three possible understandings is that Article 3(2) regards IMSAs merely as evidentiary means in the course of litigation. This interpretation is in fact consistent with the very face of Article 3(2) where it states that ‘a Party to the Convention shall allow the party to invoke the settlement agreement…, in order to prove that the matter has already been resolved’ [emphasis added]. Accordingly, relying on a textual interpretation, one may argue that the usage of the word ‘prove’ in Article 3(2) would lead to the conclusion that a given IMSA like other evidentiary means would function as nothing more than a proof to establish that the subject matter of the dispute at hand has already been resolved. Therefore, invoking an IMSA during a litigation does not refrain the court from opening, or proceeding with the litigation, and considering other aspects or probable evidence of the case refuting the IMSA. Although the view has yet received no endorsement in relevant case law due to newness of the Convention, it seems that this was the perception implicitly advanced by some of the States during the preparatory sessions of the Working Group (See, the position of Bulgaria and Germany, in UNCITRAL Working Group II (Arbitration and Conciliation), 63rd Session, September 9th, 2015. See here).

On the contrary, in a second interpretation put forth by some of the authors regarding the content and meaning of Article 3(2), they argue that the Convention accords to IMSAs a legal status corresponding to that of arbitral awards under the New York Convention with the same legal effects (Alexander and Shouyu, The Singapore Convention on Mediation – A Commentary (n 8) para. 0.17), whereby, inter alia, invocation of IMSAs before pertinent domestic courts during a litigation operates like a so-called shield against any fresh proceedings (the so-called sword in the Shield-Sword metaphor) (Blackaby Nigel and others, Redfern and Hunter on International Arbitration, vol 1, 6th ed, Oxford University Press 2015, para. 11.19 et seq.)  As to the matters which have been resolved through settlement agreement (see, the position of Columbia and Ecuador, in UNCITRAL Working Group II (Arbitration and Conciliation), 63rd Session, September 9th, 2015. See here); Also, the position of the United States of America, in UNCITRAL Working Group II (Dispute Settlement), 65th Session, September  15th, 2016. (See here). In the view of many delegations that participated in the preparatory negotiations, it would be unreasonable to provide a given party seeking to refrain from compliance with an IMSA with an opportunity to initiate a new litigation, and thereby impede the application of the Convention and its facilitated framework; reducing IMSAs to evidentiary means would, in their view, inevitably give rise to such an unwarranted result. This, accordingly, caused some authors to conclude that IMSAs are to be deemed to enjoy res judicata effect because Article 3(2), in their opinion, implicitly recognized the legal effects commonly attributed to the notion of ‘recognition’ in private international law, though it adopted a functional approach by virtue of not referring to the term but elucidating its effects (Clemens Treichl, ‘The Singapore Convention: Towards a Universal Standard for the Recognition and Enforcement of International Settlement Agreements?’ (2020) 11 Journal of International Dispute Settlement 409, see here).

On balance, with the conclusion that neither does Article 3(2) entail treating IMSAs as mere evidentiary means nor does it vest res judicata effects in them, and not even a complete substantive defense, the question of what meaning should be read into Article 3(2) remains unanswered. Against this backdrop of controversy delineated above, the present authors believe that Article 3(2), at its most and least, does not by itself determine the legal effect of such invocation, nor does it guide the domestic courts as regards the type of relief (of decision) they shall issue in case of invocation of an IMSA, but it leaves it to the Parties to the Convention to decide whether they shall enjoy res judicata effect or constitute a complete defense to an ongoing litigation. In other words, the present note proposes to regard Article 3(2) as a somewhat self-judging article providing for a margin of discretion for States to decide on the exact legal meaning they give to IMSAs in their jurisdictions. Nonetheless, one should not think that the presented interpretation implies a boundless authority for States to this end; on the opposite, reading the Article in light of its context, particularly objectives and purposes thereof, it would be eminently sensible to maintain that Article 3(2) encompasses a bottom-line seeking that IMSAs not be treated as similar to other ordinary evidentiary means since otherwise, it would hamper facilitation of circulation of IMSAs and the expedition required in commerce (as the Convention’s prime objective).

As far as the Islamic Republic of Iran is concerned, the framework introduced by the Singapore Convention- which provides for direct enforceability of settlement agreements resulting from a mediatory process outside of courts and arbitral tribunals- is certainly unprecedented. Being a civil law jurisdiction, Iranian law, as well as Iranian domestic courts, are going to be exposed to the same peculiarities arising from the initiatives of the Singapore Convention, including those related to the issue of ‘recognition’, as mentioned above. Against this backdrop, Iranian courts will likely face some sort of confusion once it comes to the application of Article 3(2). In light of this, it seems inexorable that new legislation, either as amendments and additions to the Civil Procedures Code, or enacting a stand-alone law on international mediations needs to be introduced.