CJEU Ruling in the Case Bank Melli Iran vs. Telekom Deutschland: A First Interpretation of the EU Blocking Statute-Khashayar Biria 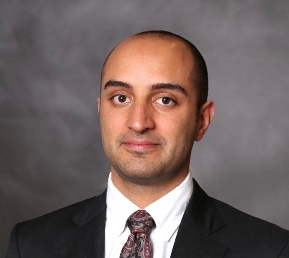 Khashayar Biria, Doctoral candidate at the University of Hamburg and Research Associate at the Max Planck Institute for Comparative and International Private Law

The Grand Chamber of the Court of Justice of the European Union (CJEU or the Court) recently handed down a highly anticipated judgment on the interpretation of the EU Blocking Regulation (EUBR). This post briefly introduces the background of the proceeding before highlighting divergences between the CJEU’s judgment and the Advocate General’s (AG) opinion. It then looks ahead to the end of this legal marathon and what future relevance the Court’s interpretation may hold.

The EUBR is aimed at neutralizing the effects of the extraterritorial application of non-EU-country legislation and actions based thereon or resulting therefrom. It was originally adopted in 1996 in response to US legislation, notably the Helms-Burton Act and the D’Amato Act, which imposed sanctions against Iran, Libya and Cuba. The regulation is based on the longstanding EU position that extraterritorial application of sanctions is “contrary to international law” and damaging to EU interests. Accordingly, Art. 5(1) of the EUBR prohibits EU-related individuals and economic operators from complying with the annexed extraterritorial US laws, stating that “No person […] shall comply, whether directly or through a subsidiary or other intermediary person, actively or by deliberate omission, with any requirement or prohibition, including requests of foreign courts, based on or resulting, directly or indirectly, from the laws specified in the Annex or from actions based thereon or resulting therefrom.”

Following the decision by the US, on 8 May 2018, to unilaterally withdraw from the JCPOA and reinstate all sanctions that had been lifted based on it, the European Commission (EC) updated the EUBR annex to include the restored US sanctions against Iran. The re-imposed US sanctions targeted inter alia the activities of non-US persons with the Iranian banking sector. In this regard, Executive Order 13846 of 6 August 2018 resulted in the re-appearance of Bank Melli Iran (BMI) on the Specially Designated Nationals And Blocked Persons List with effect on 5 November 2018. Soon afterward, on 11 December 2018, Telekom terminated its telecommunication services contracts with the Hamburg-based branch of BMI (see p. 4), which then challenged Telekom’s notice of ordinary termination before the competent local court in Hamburg. BMI claimed Telekom’s action was motivated by US sanctions and therefore infringed against the EUBR provisions (see p. 4). In March 2020, the Oberlandesgericht Hamburg (OLG Hamburg) decided to stay the proceedings and referred the case for a preliminary ruling on the following four questions regarding the interpretation of the EUBR. The CJEU eventually responded, in part with notable differences to the opinions of the AG, which are often highly influential.

Opinion of the AG versus Judgment of CJEU

First Question: Does Art. 5(1) apply even when there is no (direct or indirect) US administrative or judicial order against an EU economic operator?

According to the AG, the provision is to be interpreted as a general prohibition that applies even if an EU undertaking complies with a non-EU country’s legislation without first having been compelled to do so by a foreign administrative or a judicial agency of that country (para. 65). Congruently with that opinion, and pursuant to the wording, context and objectives of this broadly drafted provision, the CJEU determined that the prohibition on complying with the extraterritorial laws specified in EUBR’s annex must be interpreted as applicable even in the absence of an order or instruction issued by an administrative or judicial authority of the non-EU country (para. 51).

Based on the CJEU’s interpretation, which fully confirms that of AG’s, an EU individual or company would be found in violation of the EUBR even if it voluntarily decided to comply with the annexed US extraterritorial laws.

Second Question: Based on Art. 5(1), is an EU operator obliged to show and prove in civil proceedings that the reason for a termination of existing contracts was not to comply with annexed extraterritorial laws?

In his opinion, the AG reasoned that, while it is not the purpose of the EUBR to protect non-EU businesses targeted by US measures, the EUBR does confer on such businesses a right of action for breach of contractual obligations. Subsequently, EU operators seeking to terminate valid contracts with designated Iranian entities are generally obliged to demonstrate to the satisfaction of national courts that their decision was not motivated by complying with US law (para. 89). Similarly, the CJEU stated that Art. 5(1) constitutes a clear, precise and unconditional statutory prohibition and thus allows non-EU entities to challenge EU operators’ decisions by invoking the statute in civil proceedings. The Court specified that it is not yet clear, from any provision of the EUBR, that an EU business is required to provide reasons for the termination of a commercial contract with a US-designated entity (para. 62). However, the terminating party bears the burden of proof if the prima facie evidence in the proceedings indicates the action was taken to comply with blocked US sanctions (para. 67).

Thus, what is certain is that the CJEU, in deviating from the AG’s Opinion, has acknowledged in principle that the burden of proving the reason for terminating a contract lies with the claimant. But the Court observes nevertheless that it could be extremely difficult to prove that the terminating party was seeking to comply with US sanctions, since the evidence at issue would generally not be accessible to the claimant (paras. 65 et seq.) In a scenario where US sanctions appear to be the reason for the termination, the burden of proof is to be shifted. This interpretation strengthens the right of action for non-EU country businesses and safeguards the effet utile of the EUBR as binding EU law (Art. 288 TFEU) together with the policy stated in Art. 5(1).

Third and Fourth Question: Having regard to the freedom to conduct a business and the principle of proportionality preserved in Art. 16 and 52 of the Charter of Fundamental Rights of the European Union (Charter), must a termination in breach of Art. 5(1) be annulled despite the terminating party being exposed to considerable economic losses?

In AG’s opinion, the provision is to be interpreted as requiring a national court with jurisdiction over the claim to order the terminating EU operator to maintain that contractual relationship. For the prohibition in question is not as such contrary to the guarantees enshrined in the Charter (para. 135). Rather, such guarantees do not constitute an absolute right and may be limited, subject to the principle of proportionality, if it is provided for by law and if the limitation respects the essence of those rights and freedoms. Moreover, pursuant to Art. 5(2), EU economic operators may apply to the EC for authorization to comply with US secondary sanctions. The CJEU states that annulling a termination would constitute a limitation, though not a deprivation, of the freedom to conduct a business enshrined in Art 16 of the Charter; this freedom is not unlimited and may be restricted in accordance with Art. 52(1) of the Charter, which sets forth prerequisites for this purpose, i.e. to ensure the proportionality of the limitation. Accordingly, it is upon the referring court to strike a proportionality determination between

It is no stretch to conclude that the CJEU declined to adopt the AG’s far-reaching position on this last point. Recalling the possibility of applying to the EC for an exemption under Art. 5(2), the Court laid the ground for another way out for EU operators seeking to end their contracts: they can escape if they are able to demonstrate a probability of disproportionate economic losses due to continued commercial relationships with a sanctioned entity. As for eventual grants of exemptions, while the EC can resort to numerous non-cumulative criteria laid down in the corresponding Implementing Regulation for Art. 5(2), the CJEU’s proportionality test focuses primarily on economic losses. But by imposing a duty on national courts to consider whether an EU operator has filed an application with the EC for authorization to comply with sanctioning legislation (para. 93), the Court has attached a non-negligible level of importance to the procedure provided for in Art. 5(2), 7 and 8 EUBR.

It is now up to the OLG Hamburg to determine whether the termination at issue was motivated by US sanctions and to apply the necessary “proportionality test”. As for motivation, demonstrating that its action was not motivated by a desire to comply with US law would not be too easy for Telekom, given (i) the close temporal connection between the reintroduction of US sanctions and the termination, (ii) the lack of an application by Telekom for an exemption and (iii) BMI’s record of timely payment for services. As for proportionality, it will be important for Telekom to show, beyond a doubt, both that the US Treasury Department’s OFAC is likely to act against it over its continued business with BMI and that the consequences of such an intervention would be severe. Apart from the scope of Telekom’s US operations, the company will have to indicate that providing telecommunication services to BMI is “significant” enough to warrant intervention by the OFAC. In any case, recent statistics show that as of January 2021, the majority of companies affected by secondary sanctions enforcement were of non-European origin. This, coupled with a tendency to issue warnings to EU operators before moving against them, is not likely to change under the current US administration.

Lastly, it should be noted on the basis of the CJEU’s interpretation of the EUBR that the principle of proportionality is what effectively limits the prohibition against complying with extraterritorial sanctions. Nonetheless, considering that an amendment to the EUBR has been announced and is slated for the second quarter of 2022, and considering that a revival of the JCPOA seems to be “very close”, it remains to be seen how relevant this judgment will be for possible future cases before Member State courts.